Wolfgang Named 4th Fastest Growing and Manufacturer of the Year 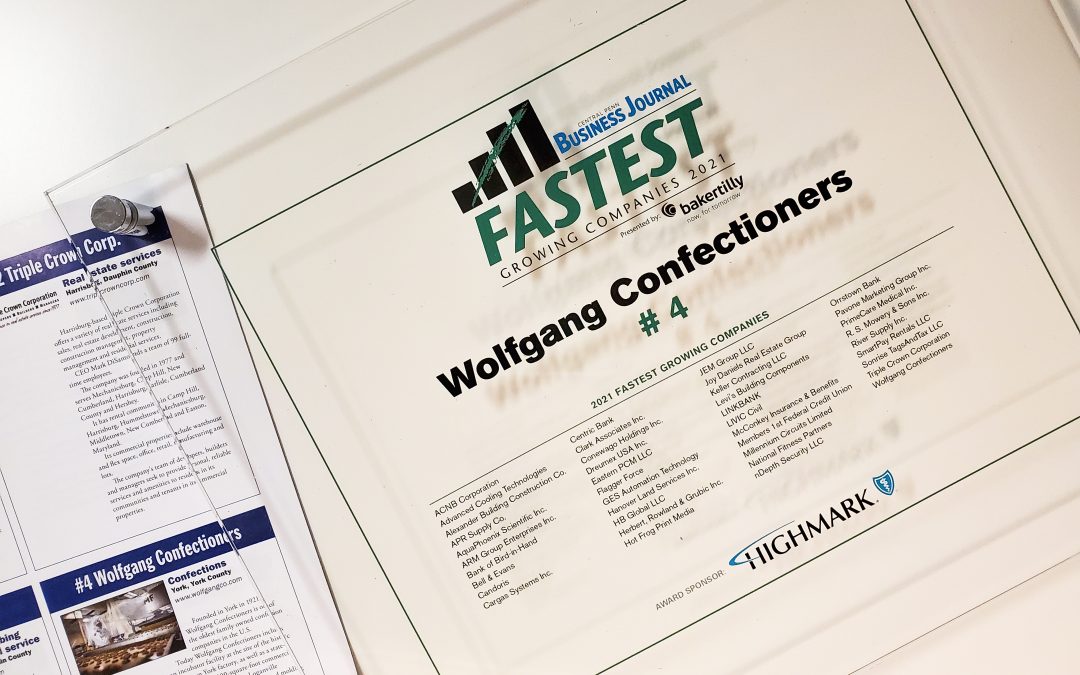 (York, PA) On August 25, 2021, Wolfgang Confectioners, a 100-year-old confectionery manufacturer, received the Manufacturer of the Year award from the Manufacturers’ Association at their 115th Annual Event. During the past year, Wolfgang announced an investment of more than $3.5 million in a building expansion, which will add another production line and nearly 100 more new jobs to the 400-person company.

The Manufacturers’ Association is honored to award member company Wolfgang Confectioners as the 2021 Manufacturer of the Year”, stated Tom Palisin, Executive Director of the Manufacturers’ Association.   “The creation of new jobs and significant investment to expand its factory and product lines demonstrates the company’s commitment to the community and its customers – Wolfgang is a true modern manufacturing success story and a tribute to its 100 year history in southcentral Pennsylvania.”

The Manufacturers’ Association is on a mission to ensure that its region’s manufacturing can compete at a global scale. They exist to ensure that critical knowledge is preserved, expanded, and shared with the manufacturing professionals of tomorrow. Since 1906, they have been a voice for hundreds of member organizations and partners in South Central PA and Northern MD.  They support manufacturers with the knowledge they need to operate, hire, and train smarter. – The Manufacture’s Association

On September 9, 2021 Wolfgang Confectioners was named the 4th Fastest Growing Company by the Central Penn Business Journal marking the 3rd year in a row for a top five finish.

“Through all the covid challenges Wolfgang was still able to grow at a 10% rate year over year due to the hard work of all our associates. They focused on the safety of our people first and then were able to transition to executing effectively for our customers. I’m very appreciative of what our team has done for our company, community and customers.” Sam Miller, President, Wolfgang Confectioners

The Central Penn Business Journal’s Fastest Growing Companies recognizes local businesses’ growth throughout the region. Nominated companies are ranked according to revenue growth over a three-year period, with both dollar and percentage increases taken into consideration. The ranking formula recognizes both large and small companies’ successes.

At Wolfgang Confectioners, We Have You Covered……Founded in York, PA in 1921, Wolfgang Confectioners is one of the oldest family owned confection companies in the United States. Today Wolfgang Confectioners includes an incubator facility at the site of the historic downtown York factory, as well as a state-of-the-art, 137,000 square feet commercial manufacturing facility in Loganville, PA maintaining enrobing, panning and molding capabilities. The company produces various confection products for customer’s segments ranging from large CPG’s, emerging brands, private label, snack companies, and nutraceuticals. They offer Kosher, Non-GMO, Gluten Free and USDA Organic certification options produced in an SQF certified facility. 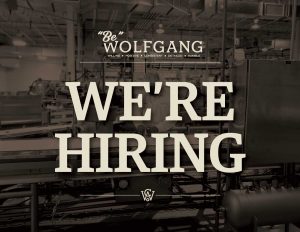